When Honolulu, Hawaii, nightclub owner Fred “Scruples” Piluso was growing up in Pittsburgh, Pennsylvania, he read an issue of Rod & Custom Magazine that showed readers how to install a ‘59 Ford Thunderbird front bumper onto either a ‘55 or a ‘56 Ford. “Man, I thought that was a really cool idea! I went right out and installed one of those setups on my ‘55 Ford Crown Victoria. It really looked great with that ‘Dago Rake,’ that set of ‘57 fender skirts and the ‘55 Mercury station wagon taillights I had already installed.” For being built on a budget, it is definitely one of the most popular customs in the neighborhood for its time!

A lot of years have passed, and that ‘55 Ford Crown Vic with the ‘59 Thunderbird front bumper is long gone. But the memories are as strong as ever. “Ever since I moved over to the Islands, I had been collecting Ferraris, but they were too darned temperamental, and far too valuable to drive around town. (Editor’s Note: No doubt his Ferrari-collecting hobby was due to Piluso’s long association with Tom Selleck and the cast of “Magnum PI,” which used Scruples as its off-hours hangout.) Finally, about five years ago, I got tired of messing around with them and sold them all. I decided it would be a lot cheaper and a lot more fun playing with the kind of cars I drove when I was a young kid. Yes, I guess you could say that I’m returning to my roots!”

To date, Piluso’s nostalgic trip down memory lane has included a Bloomington Gold ‘63 Corvette Sting Ray Couple (exactly like the one he had before he went in the service) and a Goodwood Green 427/435HP ‘67 Corvette Tri-Power Sting Ray big block (just like the one he bought after he returned from Vietnam).

However, his first purchase was a ‘55 Ford Crown Victoria, bought out of a farmer’s field five years ago in South Dakota.

“I wanted to recreate my beloved ‘55 Ford Crown Victoria right down to the ‘59 T-Bird front bumper. Only this time I wanted it to be as high tech and up to date as possible in engineering application, and I wanted to use all genuine Ford parts in the buildup. This is a car that I wanted to be able to jump in any time and drive around the island. I also wanted to be able to take it to any Ford dealer in the event that it needed emergency servicing!”

Nostalgic aspirations aside, all you have to do is take on look at this cool machine and you will soon realize that you are looking at a pleasingly pleasant contradiction in terms. Allow us to explain.

Credit for the outstanding paint and bodywork on the Crown Vic goes to Customs by Bernt in La Habra, California. Bernt painted the ‘55 in a gorgeous shade of PPG Ford Mandarin Copper. The actual reassembly was done by Anaheim, California Nosse Brothers, and all the beautiful brightwork was done by Vern’s Plating.

In the rear, the ‘55 features an Art Morrison four-link, Aldan Eagle coilover-suspended, 3.50:1-geared Hooper’s 9-inch Ford live rear axle using Moser 36-spline axles, and Wilwood Engineering 11-inch rear disc brakes. The car also uses a full complement of stainless-steel bolts and braided hoses everywhere you look, and the underside of the copper-painted chassis is every bit as clean as the exterior. When we asked Piluso why he didn’t go the customary airbag route, all he said was: “Have you ever seen the speed bumps in Hawaii?” And since this is a full custom, a set of ‘57 Cadillac “bullet” hubcaps (there’s that 1/3 percent) cover a set of 15x7-1/2-inch steel-vented Ford Ranger truck wheels rolling on a set of P205/75x15 inch Coker Classic whitewall tires.

So there you have it. Is it a mild custom or is it a true modern-day super rod? Well, let’s look at it this way: the next time some joker pulls up to Piluso at a stoplight and hollers, “Hey, get the lead out,” Piluso will be able to show him that this car contains no lead. And that’s how it’s done.

Veteran automotive journalist Bob McClurg grew up in 1950s Southern California, where he was surrounded (and heavily influenced) by early hot rod culture. McClurg's photojournalism career spans 40 years, writing and shooting for the most influential magazines as well as authoring books for CarTech. His previous titles include Diggers, Funnies Gassers and Altereds; Yenko; Fire Nitro Rubber and Smoke; How to Build Supercharged and Turbocharged Small Block Fords; How to Install and Tune Nitrous Oxide Systems, The Tasca Ford Legacy, and more. 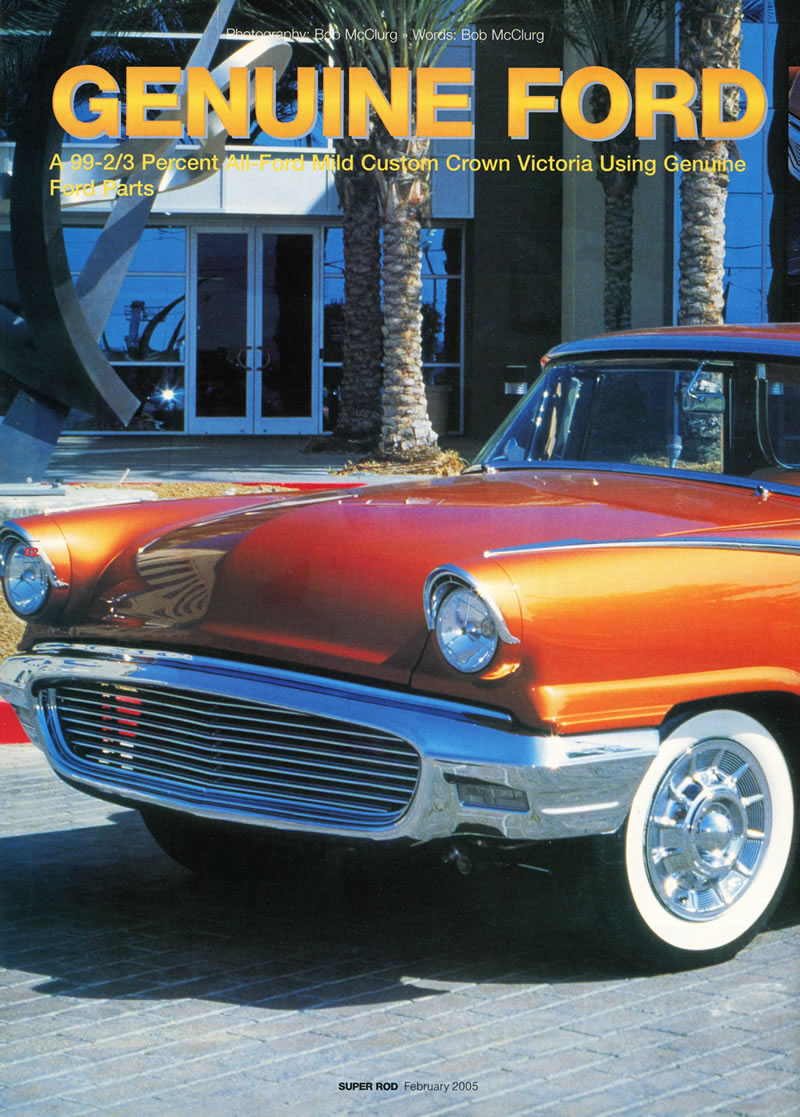 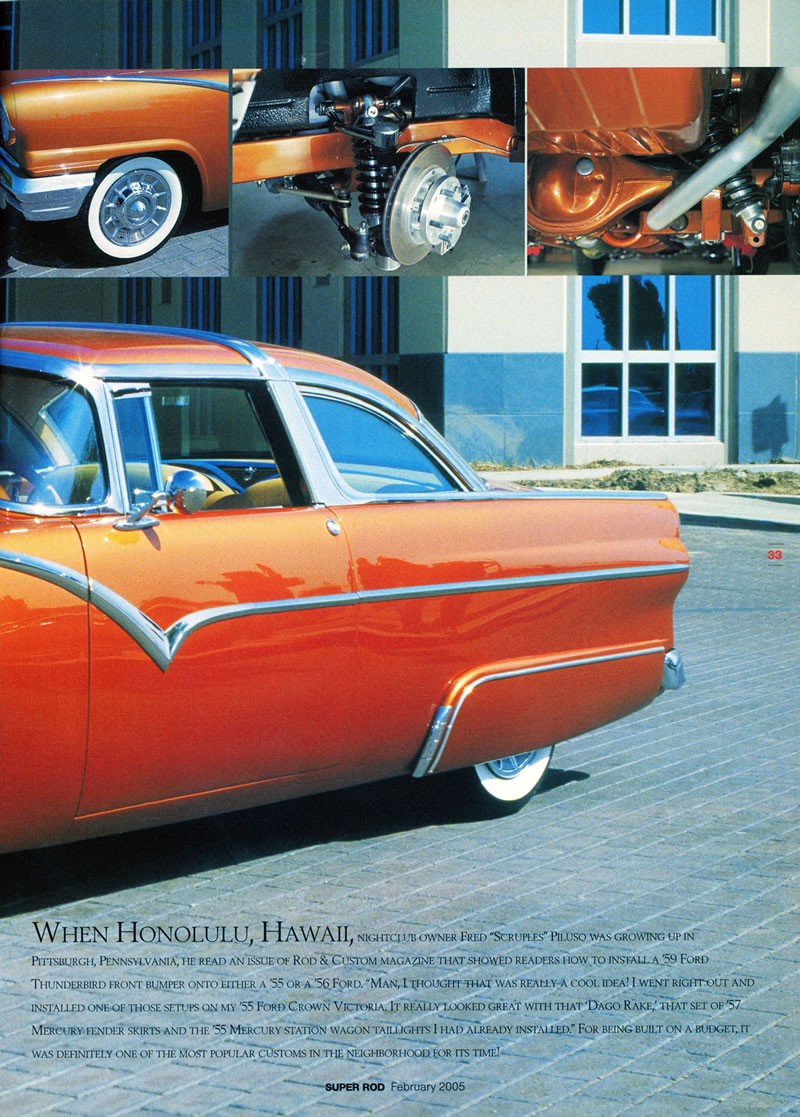 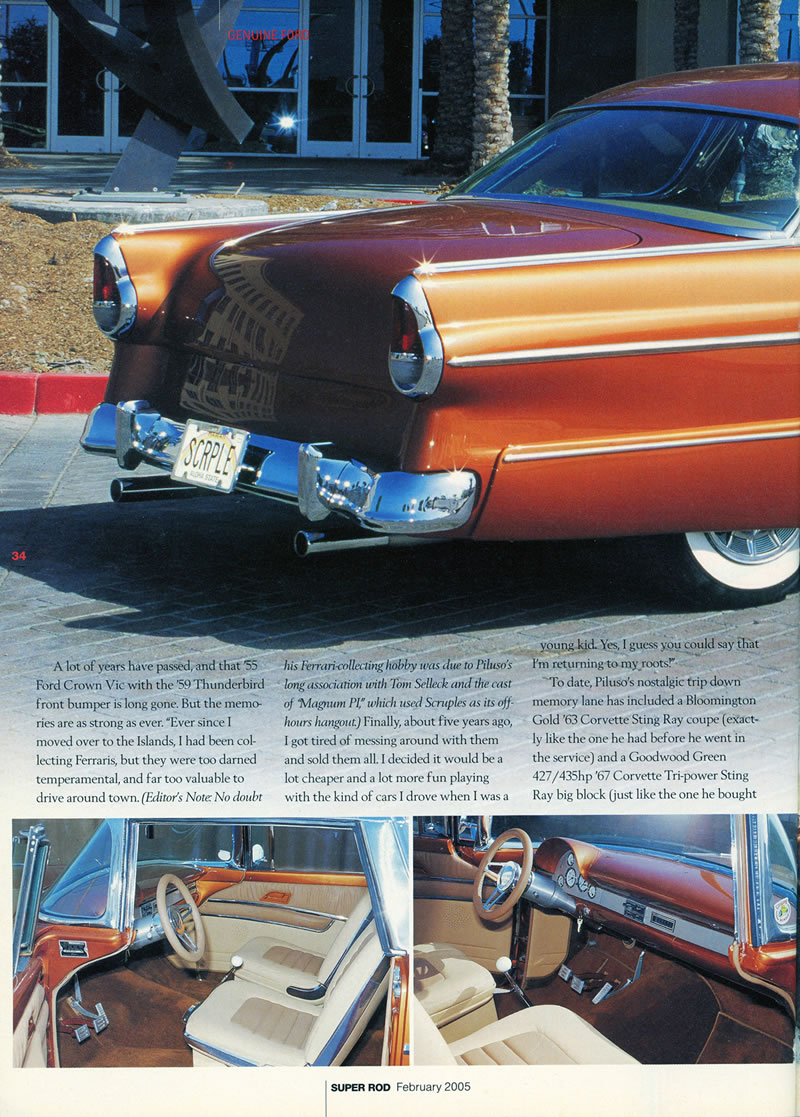 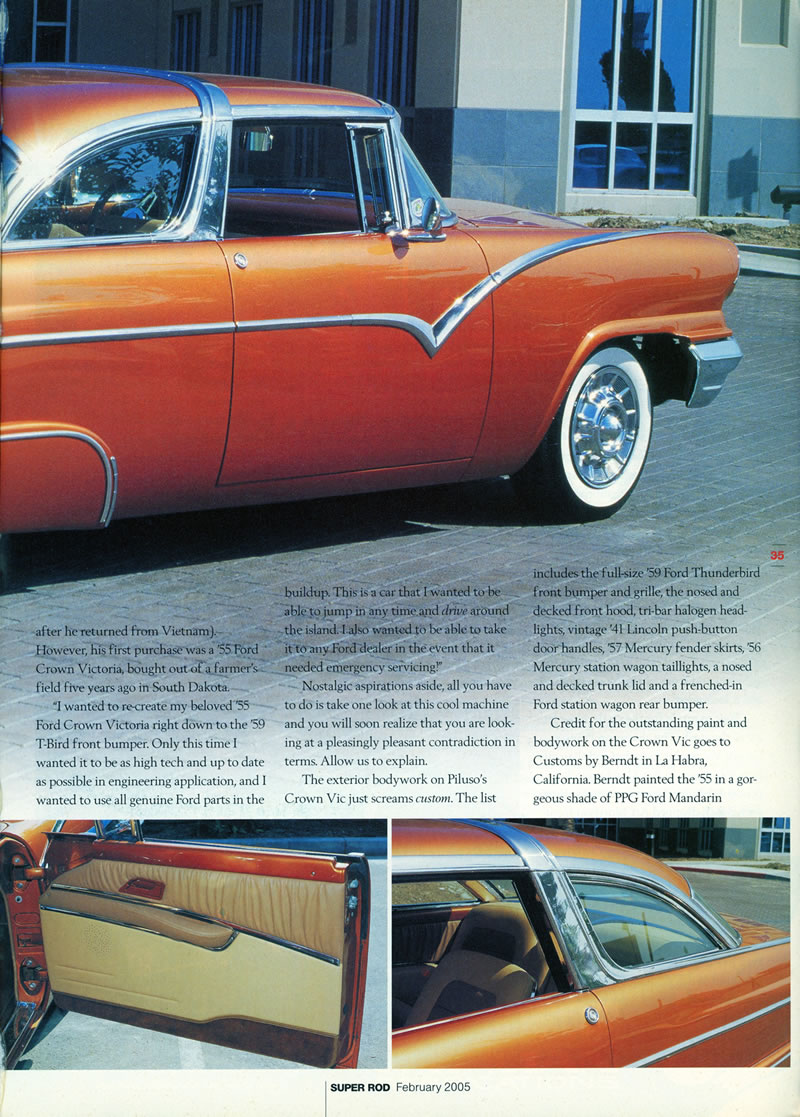 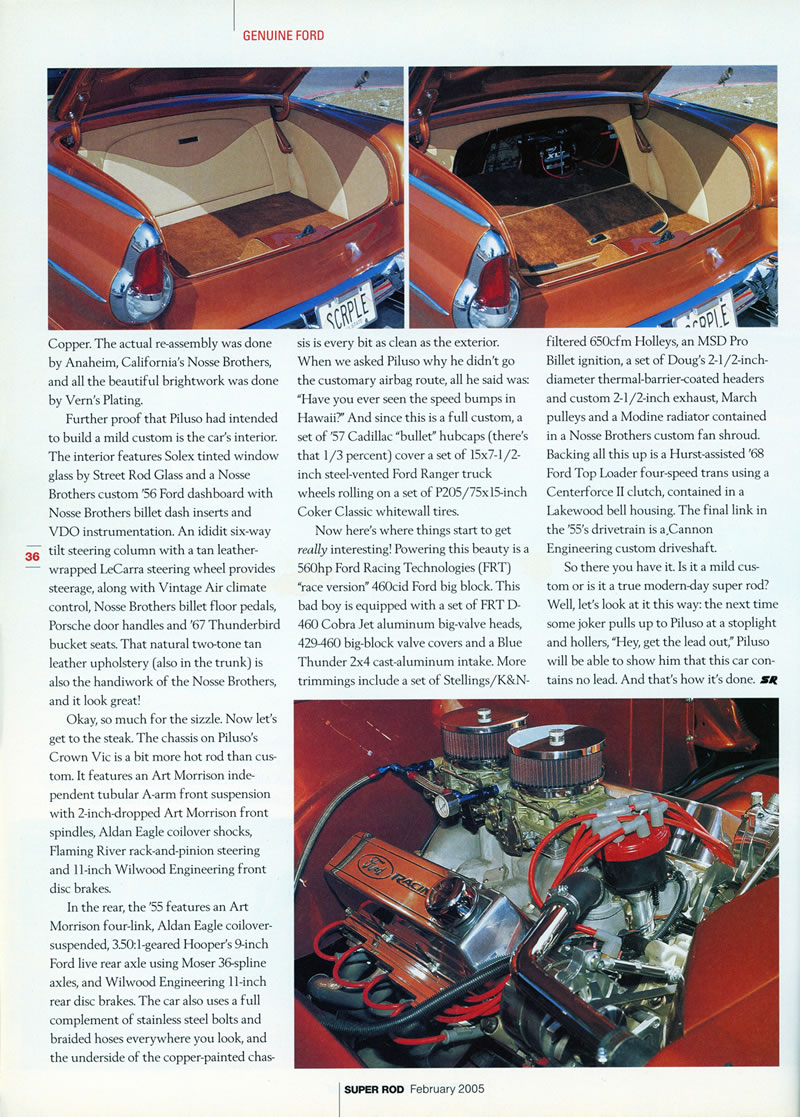