Built over a four-year period at a cost of more than $250,000, this car is the fulfillment of a childhood dream. When you’ve got the right people and the right plan, trophies just about get mailed to your door. It was Boyd Coddington’s personal pick at his Eponymous Cruise. Best of Show at John Force’s Holiday Cruise. Finished second at the GNRS in Mild Custom. Took the Outstanding Elegance Award in Fresno, California. Best Custom at Carlisle. Meguiar’s sponsored the car in 2005. Of course, that list neglects smaller shows that it’s gone to, but suffice it to say it never lost. Bob McClurg himself wrote the car up in a six-page spread in Super Rod, too – this is a well-known, well respected custom of the highest caliber!

Note: This was the first sale of the vehicle by the original owner Fred Piluso (Scruples). 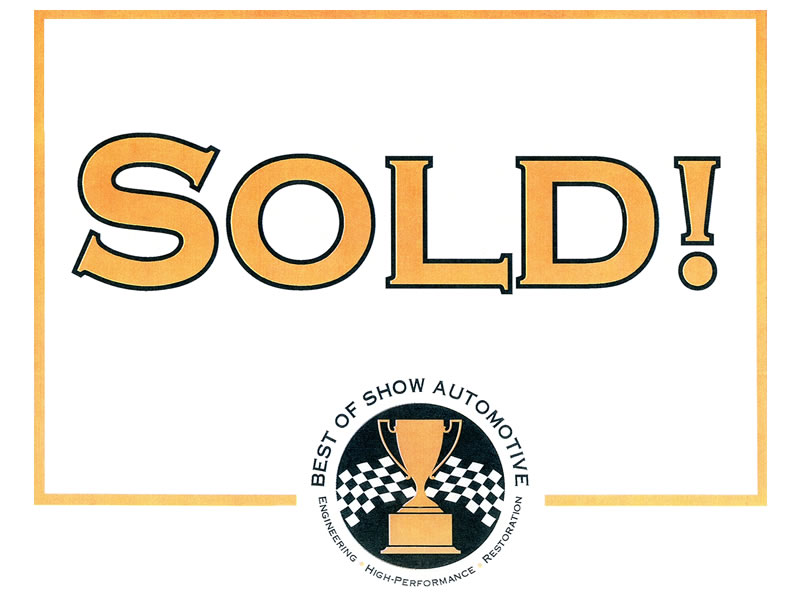 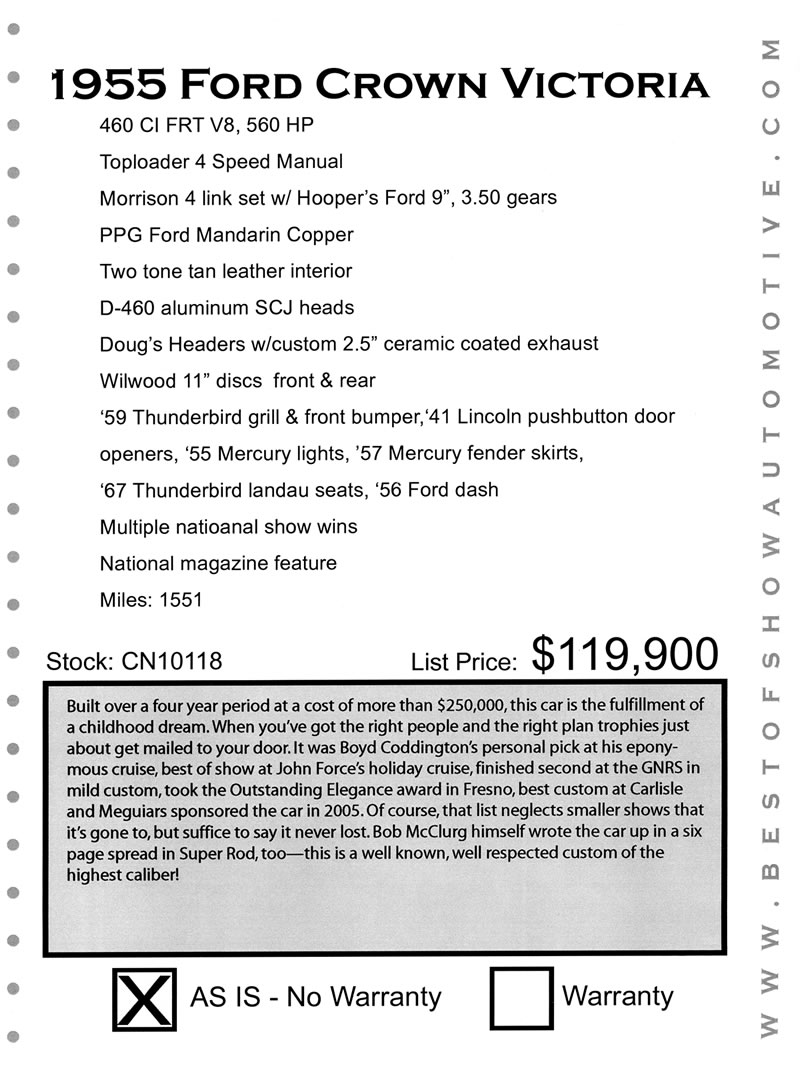